Mariah
A 30-something writer, photographer, chef, knitter, seamstress, new shepherd and wannabe domestic goddess who lives in the middle of America with her husband, 5-year-old twins and 1-year-old son.

A photo recap of recent events

When I downloaded photos to the computer off the camera, I was shocked to realize exactly how long it had been, and how many photos there were to contend with. There were a few that I had to share because they are just that great.


First up is a Christmas photo. While decorating the Christmas tree, OJO claimed all of the beads as his. He spent more than 45 minutes trotting around the house bedecked in red beads. The minions broke into a parody of Marley and Marley, from The Muppet Christmas Carol. This definitely will one of those Christmas memories that will always stick with me.

There is a special bond between twins. Regardless of age, I am convinced that twins find special solace in each other. This year has been full of change for the minions since they are in separate classes at school. All day Kindergarten means socializing, practicing letters, counting and coloring. In the evening there are the fights and disagreements about which books will be read and who will snuggle them. But once it comes time to go to bed, they want to be near each other.

This bond is so strong that when E-minion gets sick in the night, she doesn't come to us for help or comfort she goes to I-minion. I-minion, on the other hand, goes to E-minion when he gets scared.

Perhaps when the idea of school is routine, and maybe when they aren't so exhausted at the end of the day, I-minion will decide it is OK to sleep in his bunk bed with OJO. Honestly I don't know if I'll ever get over watching my kids sleep, it somehow reinforces my belief that there is some good in the world. 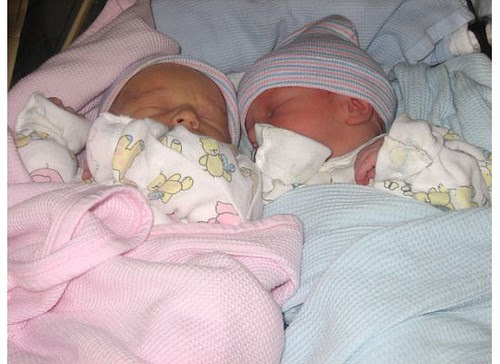 And finally, someone turned 2 at the beginning of February. OJO had a smashing time with his bug cake and opening presents.


To sum up the post. Spring is coming! OJO sees it and he's excited. 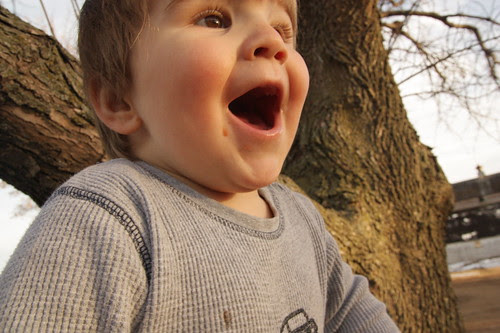 Posted by Mariah at 5:00 PM No comments: